The Studio at Gulf and Pine, in Anna Maria, is presenting “Offshore,” the latest paintings of Holmes Beach artist Maro Lorimer, from January 14 through February 3, 2011. Having previously painted intimate beach paths and expansive beaches, Lorimer now has moved her imaginary observation point out to sea for these acrylic paintings on canvas. Her abstract suggestions of unspoiled shorelines and marine wildlife are inspired by the beauty of the Gulf as well as by memories from many years of windsurfing and boating in places ranging from the Outer Banks to New Zealand. 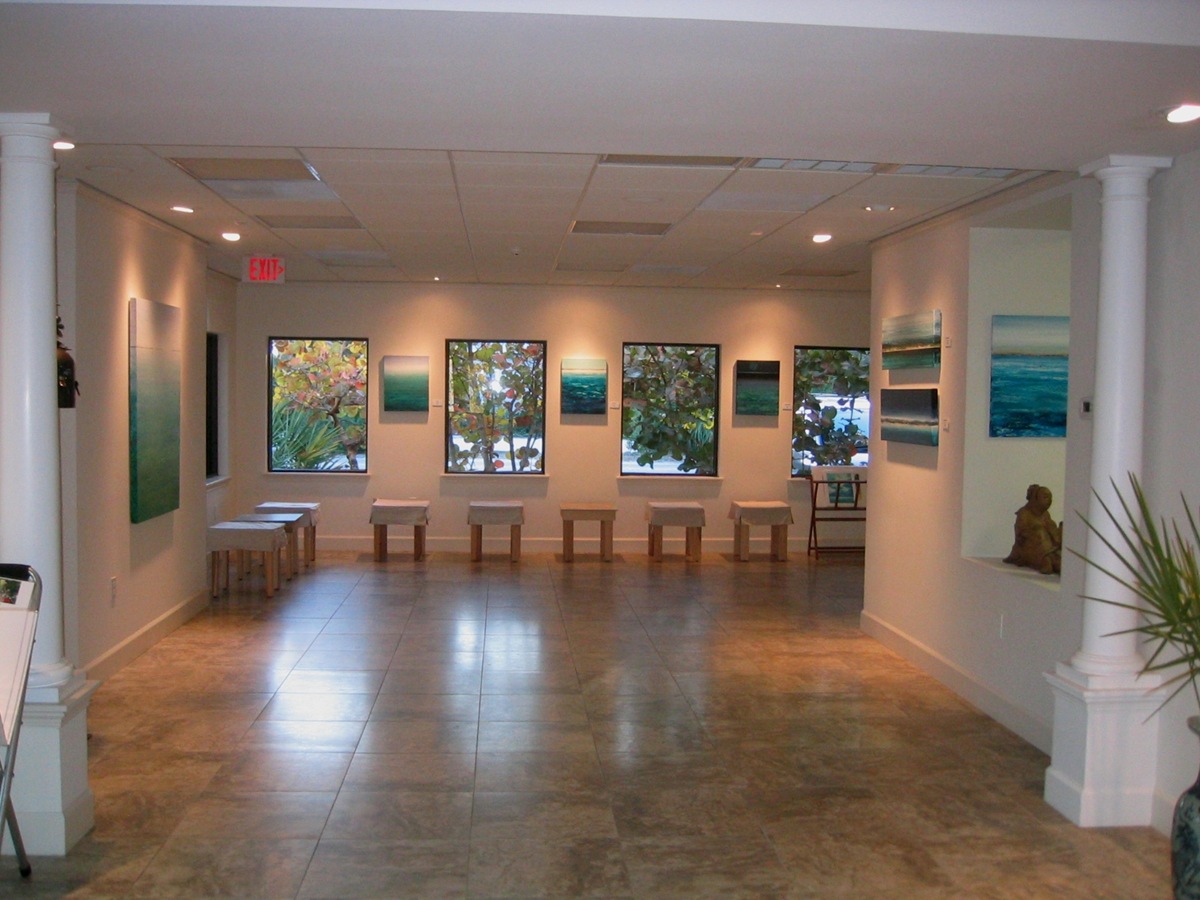 Lorimer already had finished several of these paintings, and given them the name, “Offshore,” when the BP oil well exploded. “It was eerie to me that I had been painting pristine beaches right before our beaches were so threatened by the spreading oil,” Lorimer explains. “I continued painting, with increased appreciation of unspoiled places, which we might have taken more for granted in the past. Every time I saw a sea bird or dolphin last summer, I worried about it, afraid we might lose it if the oil came this far.”

END_OF_DOCUMENT_TOKEN_TO_BE_REPLACED

Many islanders are breathing a sigh of relief after a recent computer model used by the National Oceanic and Atmospheric Administration (NOAA) predicted only a very low probability of oil or tar balls from the Deepwater Horizon reaching Anna Maria Island.

NOAA’s computer model map identifies the probability of problems in various sections of the Gulf and Atlantic Coast. Not surprisingly, the eastern Louisiana coast, the entire Alabama coast and the western half of the Florida Panhandle coast are given the highest probability, from 81 to 100 per cent.

What is surprising, however, are the regions with the second-highest probability of being contaminated by oil and tar. Areas in this group have a 61 to 80 percent chance of this, and they include the south central Louisiana coast and a very small zone in the central coastal part of the Florida Panhandle. Then comes the big surprise for this 61 to 80 percent prediction area: another large zone that runs from the Florida Keys up around the entire southeast coast of the state.

These predictions were based on the assumption that the oil will continue to gush through late July at a rate of 33,000 barrels a day. Since it is based on historic wind and ocean current patterns, it’s not possible to anticipate what variation may occur with a major hurricane in the Gulf. END_OF_DOCUMENT_TOKEN_TO_BE_REPLACED

The oil from BP’s drilling disaster is still spewing almost 400 miles to the northwest of Anna Maria Island, but it still has not reached our beautiful white beaches. Our feeling of appreciation for these beaches has been heightened as we think the unthinkable: that our abundant wildlife and beautiful clear water and white sand beaches could be seriously harmed by the catastrophe that is doing so much harm to the environment north of us.

Signs that islanders cherish our special beaches are apparent as the holiday weekend approaches here. In particular, there is a new group in Anna Maria called NEMO (North End Merchants Organization), which is planning an extensive trash clean up on July 5, after the anticipated dumping of trash on the beaches by thoughtless visitors. Volunteers will meet at the Roser Community Church, at Ginny’s and Jane’s at the Old IGA, and at Crosspointe Fellowship Church at the south border of the city of Anna Maria. Each group will focus on a particular stretch of beach within Anna Maria.

In addition to this organized effort, there likely will be many individual volunteers who just naturally take it upon themselves to walk the beach with large garbage bags after the fourth, picking up the debris and litter. In past years, members of Anna Maria Island Turtle Watch have been particularly generous in performing this task, not only after the holiday, but in the course of their activities through the entire sea turtle nesting season. Turtles and birds can be badly injured or die from ingesting plastic, or from becoming tangled in it.

END_OF_DOCUMENT_TOKEN_TO_BE_REPLACED

The pristine beauty of Anna Maria Island’s beautiful clean white-sand beaches is something that thousands of local people and visitors care very much about. Although the oil spill occurred almost 400 miles from our beaches, and although there is no oil near our shores, it is worth being prepared to act in case the oil comes our way. 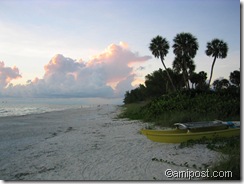 On Thursday evening, June 17, islanders concerned about the oil in the Gulf gathered in large numbers at the Anna Maria Island Community Center at 407 Magnolia Avenue in Anna Maria. The streets around the center were lined with parked cars, and the crowd of hundreds filled the gymnasium, including the bleachers.

A large panel of speakers and representatives of various public and private organizations sat at a long table. A big projector screen showed the face of the speaker as well as slide presentations throughout the evening.