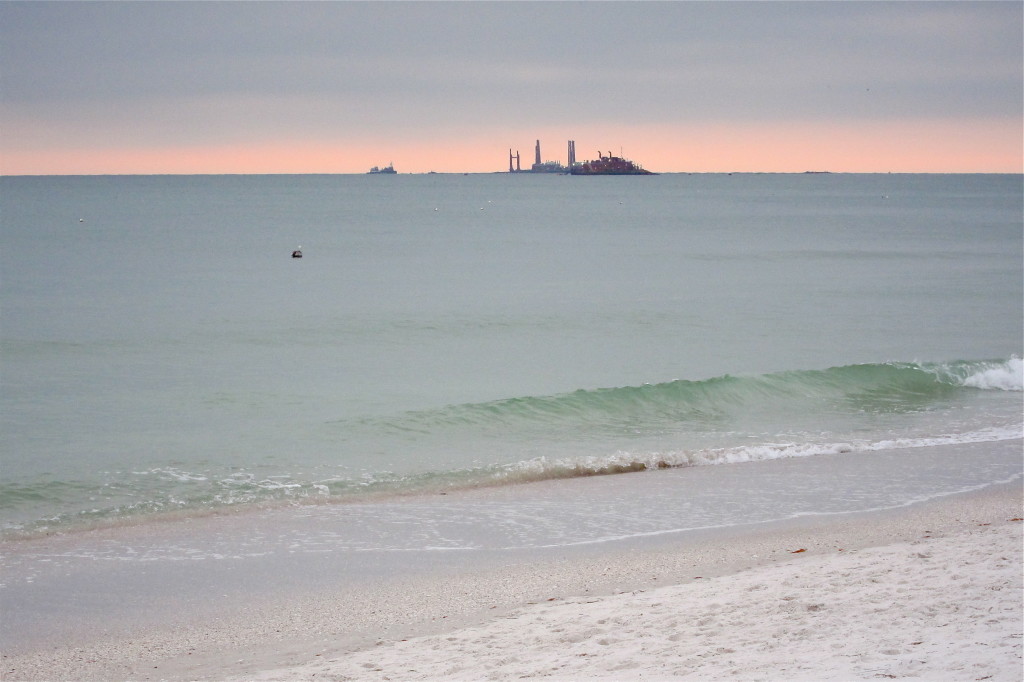 Large machinery, tugs, and pipelines, floating off the beaches of Anna Maria Island, provide eery sights, with powerful engines and pumps sending sand from the sea bottom to the shoreline while dredging operations continue over several weeks.

Anna Maria Beach is not included in this project because the coastal properties are considered adequately protected from erosion.

The sand mining halted on a number of occasions when high winds endangered pipelines and equipment. While the large dredge scours out the sand offshore, the pipeline outlet onshore gushes the slurry for bulldozers and excavators to spread out along the shoreline. Up to 1000 feet of beachfront accretion per day is possible before equipment is repositioned to the next section.

Public beach access is fenced off around the working area. During the hold-ups by bad weather, pipes remained on the beach longer than planned, causing some complaints from visiting tourists. With operation permitted 24 hours/day and 7 days a week, the drone of the dredge pumps may be heard at night and every day.

Anna Maria Island has had beach sand added in 1992, 2002, and 2005. Replacement sand quality is monitored for compatibility with the existing sand, but the effect of sea-floor sand packed onto beach sand turtle and bird nesting habitat, shellfish and marine life, is difficult to predict.

The increased beach width is a valuable protection buffer from summer storms for properties built along the island coast. The barrier island formation, however, is always shifting as gulf currents move sand continuously along the shoreline.

When the dredge filling has been completed, Manatee County government intends to replace existing groins at Coquina Beach with new structures to try to reduce sand migration.

From their website, Great Lakes Dredge and Dock Corporation is a 124 year-old company with over 200 vessels and 150 engineers, specializing in equipment to excavate and transport underwater materials in harbors, waterways, rivers, wetlands, beaches and storm-eroded shores. 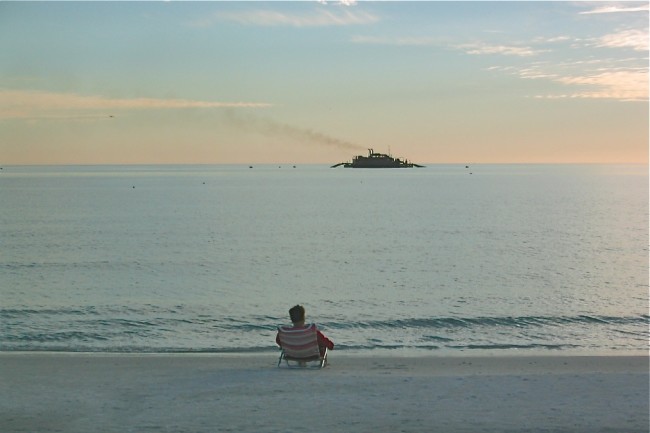 A beach-goer manages to relax with the pump noise and diesel fumes of dredging operations, Feb 18, 2014. 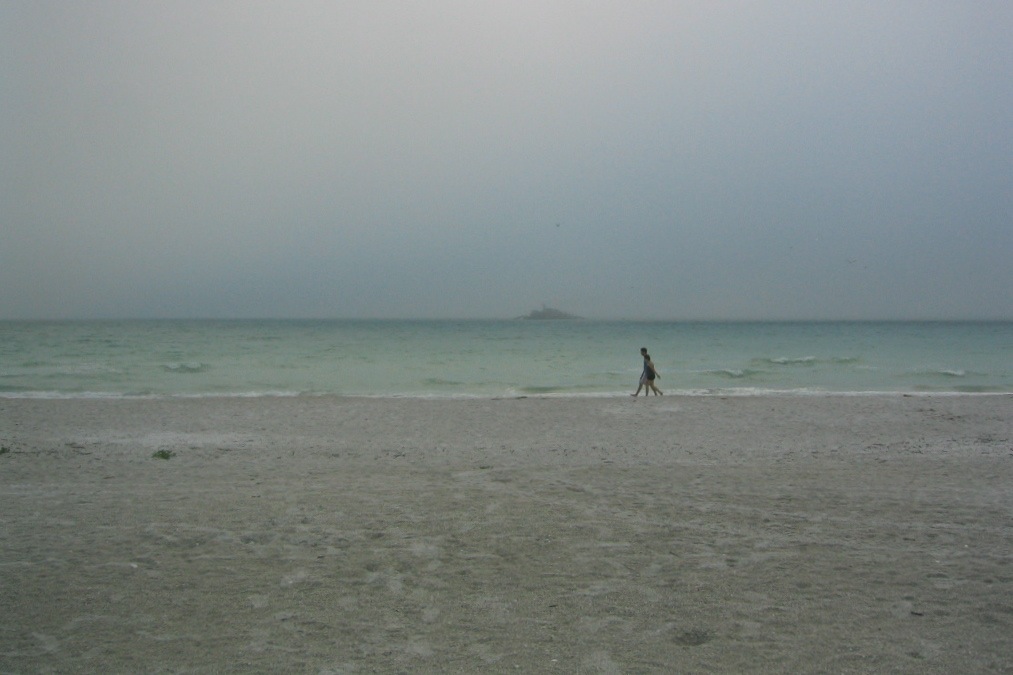 The dredge barges and pumps are gone as of March 18, with operations completed Sunday, 16th.

This site uses Akismet to reduce spam. Learn how your comment data is processed.